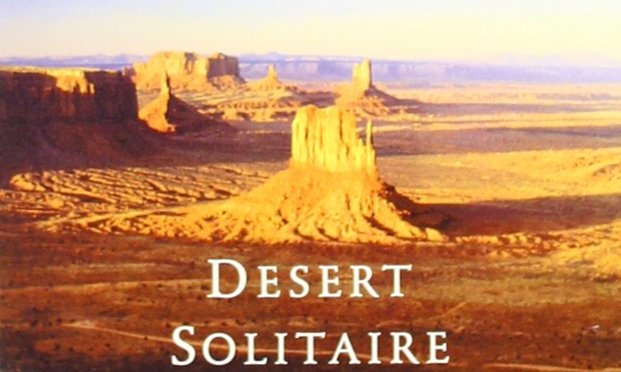 The boat grazes the rocks and rocks and Brittney steps onto the bow. The gentle landing is short lived as a three foot wave picks us up and throws with a dull thud against the shore. Line in hand Brittney leaps clear of the bucking boat and lands nimbly on the jagged rocks of Cracroft Point. The engine pulled up and the line unsecured, the boat is at the mercy of Johnstone Strait, a strait that seems apathetic towards the BC weather’s promise of a calm afternoon. White caps dot the surface and their thunderous crashes against the point’s steep shore is intimidating. I grab the bag and leap for the shore as another wave lifts the boat and sets it down, landing just clear of the water as the wave swirls around my boots.

Brittney handles the line like a cowboy handling a mustang, goading the boat into a small crevice in the rocks and out of the path of the largest breakers. She’s got this. Without a backwards glance I scurry into the woods, wielding a bottle of oil in one hand and a flathead screw driver in the other. The generator demands an oil change. A few feet inside the treeline the sound of the wind and waves is muffled, as if I’m listening to it with a pillowcase pulled over my head. Trying not to rush, I flip the generator on its side and unscrew the covering.

It’s incredible how much goes into keeping this place running. And even more amazing how inept it can make you feel. Between the electronics, the power sources, and internet connections, not to mention the mechanical nuances of boat repair, tree climbing, diving, and deciphering whatever voodoo it is that allows us to stream the hydrophones 24/7. Paul and Helena are probably the only two people on earth that know how it all works. It’s staggering to imagine anyone else with the combination of skills they’ve acquired in thirty some years. In the last two winters I’ve learned how to set up inverters, decipher internet connections, and giving myself more than a couple of nice shocks as I learned the difference between AC and DC. I’ve nicked the tip of the iceberg.

The oil comes out as black as night and as thick as molasses. Better late than never I suppose. I funnel the remaining oil into an old bottle and refill the generator with clear, syrupy  10W-30. Brittney appears at my side, the boat nestled in its crib.

We glorify wilderness. We consider ourselves disciples from the school of John Muir and Edward Abbey. And yet… look at what goes into surviving out here. Granted, I wouldn’t be crouched over the generator if there wasn’t an internet connection to maintain. But I can’t imagine the time and effort that it would require without 50 horsepower strapped to the boat, or a grocery store 45-minutes away. Even the men that sparked my love of wilderness had some indulgences. Abbey spent a lot of time living in a trailer, a propane stove and cot at his disposal. Heck, even John Muir had a rotating cast of savvy and tree smart Tlingit’s escorting him on his paddle trips through the Alaskan archipelago. Is the glorification of wilderness a luxury? Would Travels in Alaska and Desert Solitaire been written without them?

The oil in the funnel burps and I sit the generator upright, dipping the dipstick into the oil reservoir, the pale gray plastic coming back with a clear, reassuring shine. Would I deify the forest and ocean if my days were dedicated to ensuring my survival? I don’t know. Muir was mortified at the audacity of his Tlingit guides to shoot at deer on the beach as they paddled past. He would rock the boat so that there shot would go wide. A respect and love of nature to be sure. But for his Tlingit guides, it had to be analogous to going to the fridge only to have someone slam it shut. Not everyone has the luxury of hardtack and tea.

I screw the covering back on the generator and pull the start cord. It roars to life on the second try, spitting blue/white exhaust into the air, the southeast breeze sending it into the forest. Is my love of nature threatened by the very things that help me adore it? The avocados from Mexico and bananas from Belize that spare me the cumbersome task of crawling through the woods in search for all that is edible. Would I miss the forest for the trees and the tasty mushrooms that grow on their trunks?

This isn’t meant to belittle Muir or Abbey, two men I admire as both writers and preservationists. But would such men have been the same if they’d stalked across the western frontier a century earlier? Would that convenience have existed if Muir had been born a seal hunter? The glaciers not a monument to be marveled but a threat to his existence? Perhaps it’s as simple as saying that they were the right people, at the right time, writing the words that needed to be written to stave off humanity’s insatiable consumption of the very thing that makes us whole.

I pull the boat out of its protective crevice and the ocean roars up around it. I hold her as steady as I can until Brittney leaps aboard. With a heave I push the boat clear of the rocks and slide across the ocean soaked bow, clamoring over the top and into the relative protection of the cabin. The engine roars to life. A marvel of human engineering and brilliance. But without the miracle of organic compounds slowly compressed over millions of years it would be nothing more than a five hundred pound paperweight.

Maybe the Tlingit and Kwakiutl Indians loved wilderness the same way the European nature writers did, simply in a different way. Perhaps their love had  matured after centuries of marriage to the natural world. Their love expressed in the familiar and comfortable way a couple does after being married for thirty years, while Muir, Abbey, Brittney and I are in the honeymoon stage, breaking free of the society and concrete that compresses our chests and sends us running for the woods.

Water rolls over the top of the boat as the nose dips into the trough of a wave. Blackney Pass is sheet of white caps. I steer for Parson Island, we’ll take the longer, more comfortable way home.